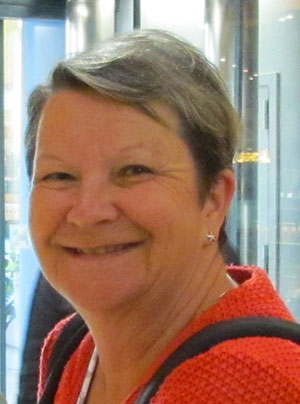 During this presentation, participants will realize the importance of documented risks of non-breastfeeding for both the mother and infant. They will learn how to properly answer questions posed by pregnant women/mothers about those risks. Participants will also recognize that breastfeeding difficulties commonly encountered in industrialized countries are often due to non-compliance of the basic BFI criteria (WHO / UNICEF). Dr. Dumas will prompt participants’ reflection on their own professional practice by explaining the basics of the Baby Friendly Initiative (WHO / UNICEF) and how certain aspects of the Code (WHO / UNICEF) influence care practices and services.

Louise is an honorary professor-researcher in Nursing Sciences, at the Universite du Quebec en Outaouais (Western Quebec). She has a master’s degree in Nursing Sciences from the University of Alabama in Birmingham, a doctoral degree in Interdisciplinary Education from the Universite du Quebec in Montreal, and a post-doctoral degree in Reproductive and Perinatal Medical Sciences from the Karolinska Institutet in Stockholm, Sweden.  She is very active at the international level, working as a consultant with the development and dissemination of BFHI tools, such as the Competency Verification Toolkit which was published in 2020 with WHO and UNICEF.