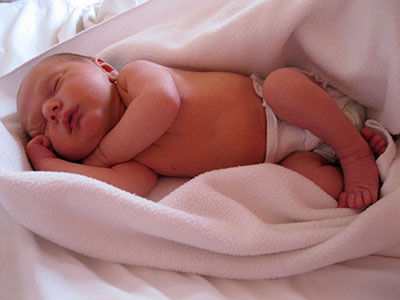 Neonatal hypoglycemia is one of the most common reasons for infant admission to the Neonatal Intensive Care Unit (NICU). Over the past five to ten years, the long-standing guidelines for hypoglycemia and its treatment have been shown to be flawed and not research based. Threshold values relating to pathologic hypoglycemia have not been consistent, and interventions showed a wide range of disparities.

It is known that "fetal glucose levels are dependent on maternal glucose supply and placental transfer, with a low-end normal value of 50 mg/dl. A physiologic decrease in glucose levels normally occurs immediately after birth and continues for the first 2 to 3 hours of life...studies show levels as low as 23 mg/dl in healthy breastfed infants...[and] levels of 30 mg/dl are common in health neonates during the initial 1 to 2 hours of life. After this temporary decrease, glucose levels in healthy neonates soon increase to 40 to 60 mg/dl. The only documented cases of neurological damage have occurred when glucose levels have dropped to low level for many hours" (Bennett, Fagan, Chaharbakhshi, Zamfirova, and Flicker, 2016). The American Academy of Pediatrics (AAP), in 2011, published new management guidelines for intervention at 25 mg/dl, and recommended that the intervention be intravenous glucose for infants with glucose levels of less than 25 mg/dl for more than one hour.

In a newly published study, Bennett et al. discuss the use of 40% glucose gel in the treatment of low neonatal blood sugar levels at their facility. They describe the rationale for using glucose gel, "Oral glucose gel is a longstanding first-line treatment for hypoglycemia in adults and children. Hospital formularies commonly include 40% glucose gel for such purposes. The gel, consisting of 40% glucose, water, and glycerin, is also sold as an over-the-counter medication in most pharmacies. Although glucose gel is commonly used to treat hypoglycemia in children of other age groups, research using glucose gel for treatment of hypoglycemia in neonates is extremely limited. In 2013, Harris et al. published the results of a randomized clinical trial showing the efficacy of the buccal administration of glucose gel to reverse hypoglycemia in neonate with negligible risks. This method of administration was found to be particularly effective because the high vascularization of the mucosa allowed an absorption rate similar to that of IV administration. Their study showed that using 40% glucose gel with feeding was more effective in reversing neonatal hypoglycemia than feeding alone, did not require NICU admission, and was compatible with exclusive breastfeeding. In addition, this treatment was found to be simple to administer, cost effective, well tolerated, and not associated with any adverse effects. Newborns also did not exhibit rebound hypoglycemia but rather exhibited blood glucose levels remaining within normal range" (2016).

The Bennett et al. study included over 1,000 infants during a 14 month time period, an algorithm for glucose gel use, and staff education on risk factors and signs and symptoms of neonatal hypoglycemia. By the end of the study, a 73% reduction in NICU admissions and a reversal of neonatal hypoglycemia in 88% of the identified infants resulted when compared to previous chart reviews with traditional interventions.

The authors discuss the current trend of healthcare in the US as being population-based, decreasing expensive or unnecessary interventions, and continuing to promote the Baby-Friendly guidelines for skin-to-skin, reduced mother-infant separation, and exclusive breastfeeding. They conclude with, "If the use of glucose gel is adopted by other institutions with results similar to ours, we have the potential to revolutionize the standard of treatment through the development of new clinical guidelines for newborns experiencing neonatal hypoglycemia."

Does your facilities use the glucose gel protocol?